i swear my pain tolerance has gone way down. just a moment ago, i knocked my elbow on something and my bone did not like it at all. i feel like i bruise more easily, too. pity that i'm too weak to beat myself in any way that's satisfying.

anyhow, i had avocado rice again. towards the end, it stopped tasting good. i felt like i was eating something that did not want to be eatne. nevertheless, i finished the bowl and i'm worse off for it. i was also gifted a "chickpea fritter" which tasted OK, if not slightly grainy. i wonder how many calories it was, and how much i wasted on ketchup...

for the morning, i drank a cup of tea. i've had plenty of water as well, at least a litre and a half so far. right now, i'm chewing a piece of gum even though it feels gross. i'll spit it out. ... better now.

even though i weigh 41 kilos, somehow i don't feel too despondent about it. i can just go back to my old habits and everything will be fine. some of it might have even been water weight, too! let's be optimistic!

whew! i had avocado rice again today and it was seriously delicious. i can't trust anyone else to make rice for me, it seems. anyhow, if i'm good today and don't eat anything else than i bet i can weigh in tomorrow. it'd be nice to know what i'm working with.

i don't think i've gained much, as my body looks mostly the same. i'm just bloated all the time! but it's no biggie. i'll fast intermittently without even thinking about it. my tummy will shrink and i'll get super skinny. not deathly so, but enough to look in the mirror without barfing.

i haven't taken any vitamins this week... gotta remember that.

i'm convinced i am 90 pounds right now, if not 91. definitely back over 40 kilos, but by how much? i have no way of checking— i'm too full of garbage to get an accurate measurement.

there's something seriously wrong with me. i can't let myself get fat. if my stomach isn't concave by the new year, i'll kill myself.

rice and avocado for dinner, since the avocados are all over-ripe and about to go bad. i feel obligated to eat them, even though i didn't ask for them... other than that, i'm just drinking water and tea. don't know how to count. i want to sleep all day tomorrow even though i know i can't.

i know that i should eat while i still can, but this morning i stepped on the scale and it read 88.6lb... even though it's certainly food and water weight, i was crushed. it's awful. i don't know if i can handle seeing that number go up at all!!

in any case, i'll have to eat a lot tomorrow. the least i can do is fast today.

i'll chew gum and drink tea. that's all. maybe lick some salt if i feel like i'm gonna die. but that's it! it's only one day. a 36 hour fast is nothing.

i hate that being alive means killing and eating other living things. being vegan didn't help. plants are alive, too. and what of the people who cultivated all this food? aren't they basically slaves? the environment is being polluted and destroyed. i don't want to eat. anything and everything that i do is at the expense of someone else.

it's impossible for me to reconcile all the damage that i cause. i hate the way the world works. i never asked to be born a parasite.

i ate a bowl of white rice with curry. i don't know how to count it... it's really hard when someone else is cooking for me. it was very delicious but, as always, i'm mad at myself for enjoying it. ah.. what am i meant to do?

i dropped a little weight!!! not much, but i was so nervous to see the scale go up. i'm down from 87.6lb to 87 flat. small victories, right? and it's to be expected anyway. i ate like a total pig last week. nevertheless, my bmi is 17.0 and it feels good.

because i hardly lost any weight, i didnt take new measurements. maybe next time? at least my legs don't look too bad. objectively i know they are the fattest thing on me. they still smoosh out when i sit down. (i have a lap!!! it's disgusting!!!) but from a distance, it could be worse... after all, my thigh gap seems to be growing without too much effort on my part. 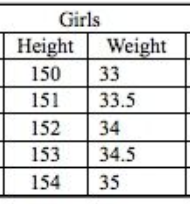 according to this chart, i'm the size of an average twelve year-old. i can do better. the bolshoi academy certainly thinks so. their height and weight requirements are insane!! especially when you consider how much strength ballet requires, and that muscle weighs more than fat.

anyyway, i ate leftover pasta. no idea how to count the calories, so i'll just assume it was 800 and call it a day.

fed up with myself lately... augh... i ate way too much... i can't go on like this!!!! today i ate a cookie..... it was very sweet and yummy and soft and honestly pretty large, but it was also 100 calories and completely devoid of nutrition. not worth it!!!!

my jaw really hurts. next time someone asks me to eat, i'll use that as my excuse.

i'm afraid that when i weigh in on wednesday, i'll have gotten fatter. i need to see the number go down at least a little bit or i'll go insane.

these past few days have absolutely sucked. i'm so bloated, i wanna die. everyone keeps giving me food and like an idiot, i haven't thrown it away. my elbows are too bony to rest them on a desk, even with two sweaters and a blanket in between. i'm tired.

bodychecking today. realised that i can wrap my hands around my thigh! not at the top, not yet... but just above the knee. that's progress, i think? my forearm seems to be getting slimmer, too. i've always been able to fit one hand around my wrist, but now i can move it further down towards the elbow. no luck on my bicep yet.

ah... i didn't want to eat today to make up for yesterday. nevertheless i had an apple because i'm scared if they go bad, someone will ask why i haven't been eating them. a small bowl of crisps, too, which is also a deflection— plus i wanted something salty. i also had some really watered down coffee (blech) instead of tea this morning. should i be counting the calories in my vitamins? i'll just add an extra 10 each day, to be safe.

i feel nauseous, like i swallowed play-doh. i want to go home, but there's no such place.

i weighed myself first thing this morning. i was a little nervous but i think it's been a good week. here are the results!

yay! at last, i'm under 40 kilos~ i feel really, really good... it's nice to have something to look forward to every week! plus my NBMI calculates as 18, which means i'm finally underweight no matter who asks. still, i'd like to go further. 5 more kilos to lose and maybe i'll be satisfied. i've been taking my vitamins so i think i'll be okay even as the weight drops.

hopefully my legs will continue to get smaller... i've got no muscle tone at all so i may end up looking really gross if i don't work out. but just the thought of cardio makes me tired...

was served dinner today. i ate a lot because i have a reputation for doing so (yet somehow still being svelte!) it's impossible for me to calculate the calores but i suspect it's even worse than ~2500. everybody loves olive oil for some goddamn reason... the stuffs disgusting and unnecessary. i feel a little sick knowing that it's in my body right now. whatever.

breakfast for lunch. an entire bagel with a lil cream cheese and a fried egg... part of an apple too. it was pretty yummy, but as i was eating the apple i just felt grosser and grosser. not sure how i'm gonna get rid of it just yet since it's like a whole bowl left over. it's probably no good to dump it in the yard...

in other news, water is delicious. the best way to avoid eating is to drink as much water as possible. i'm sure it makes the bugs inside me very happy.

isn't it weird how much of the world is empty space? apparently a hydrogen atom is 99.999% empty space, or something... and nothing ever really touches because of electromagnetism or something, if i remember correctly. none of this has anything to do with food, though. just something i was thinking about.

had my meal for the day: a small bowl of plain white rice, half-full. i put lots of salt on it, as usual. i wanted to add some ketchup too, but it seems we don't have any. i'm grateful though. it would have been a waste of calories.

my thighs are huge... there's only a tiny gap at the top. it's not enough! but at least i can rest assured this is the skinniest i've ever been. the other day, i saw pictures of myself from high school and wow! those were some fat legs for sure.

lately, i lose circulation very easily. when i'm stressed i can't feel my hands at all!!!

it's not a bad feeling, and i'm unbothered by it because i can still type and whatnot. i kind of like it. means it's working.

got swindled into eating a bagel with a tiny bit of cream cheese. i'm sure i'll have to pretend to eat some grapes later on, too. i hate this... i don't want to do it... i only ate half of the bagel, maybe 3/4ths. but it was still way way too much.

truth be told, i was kind of hungry, and that's why i ate it at all. but i really could have just licked some salt and felt fine. what a nuisance. eating is such a chore...