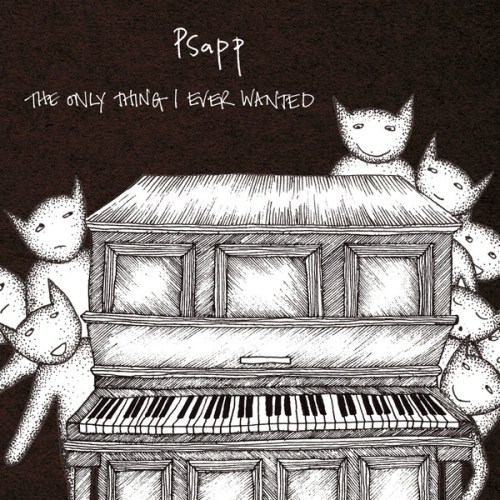 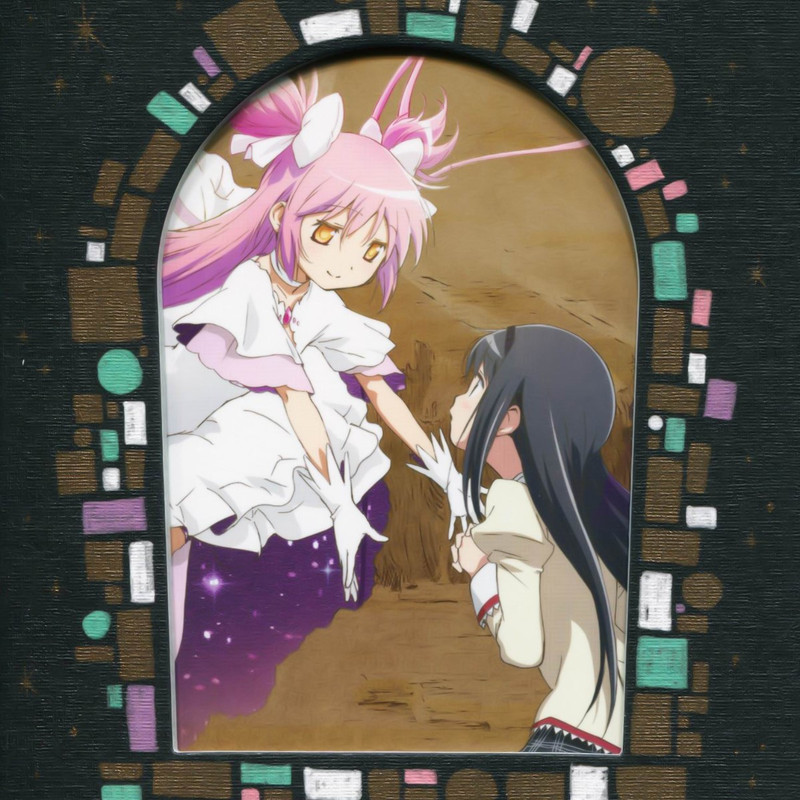 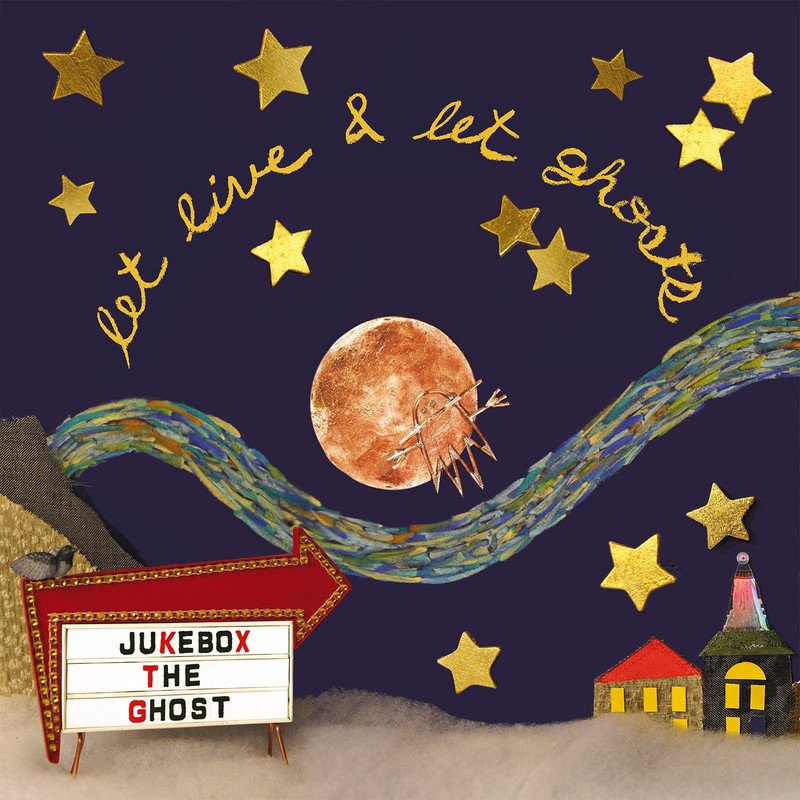 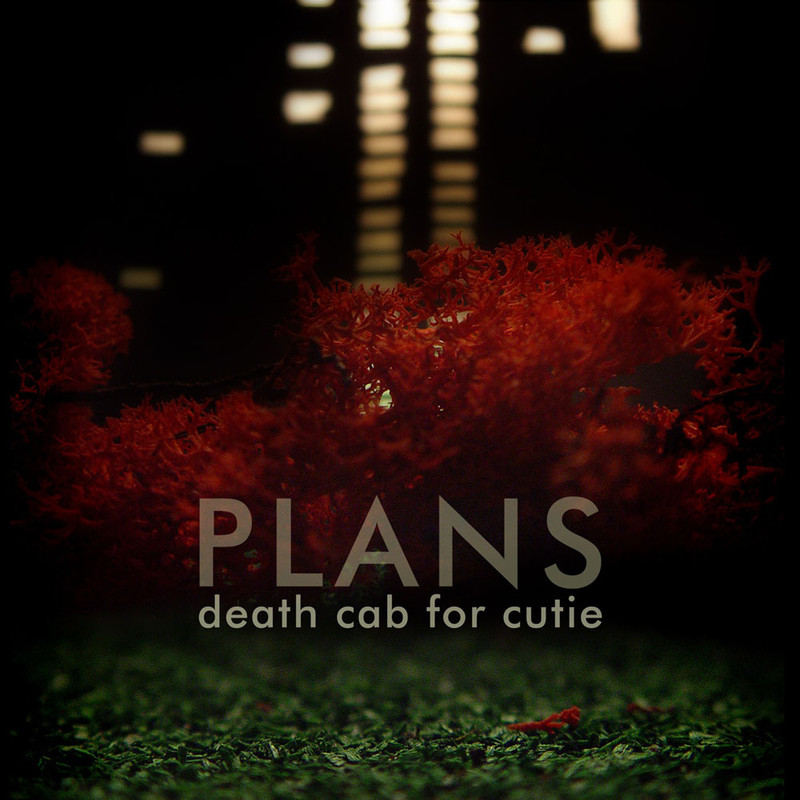 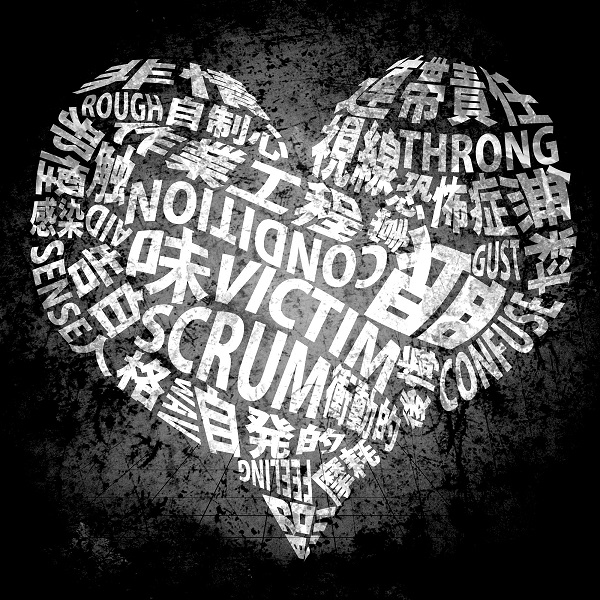 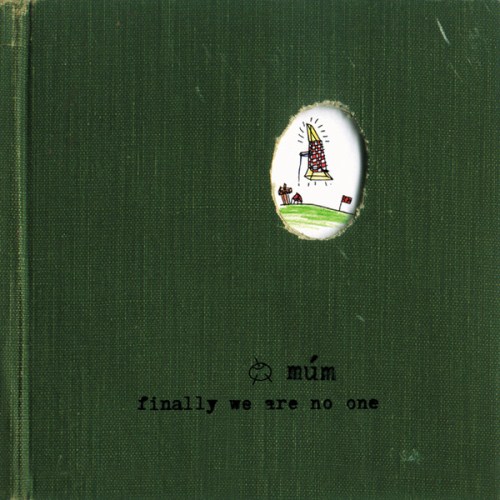 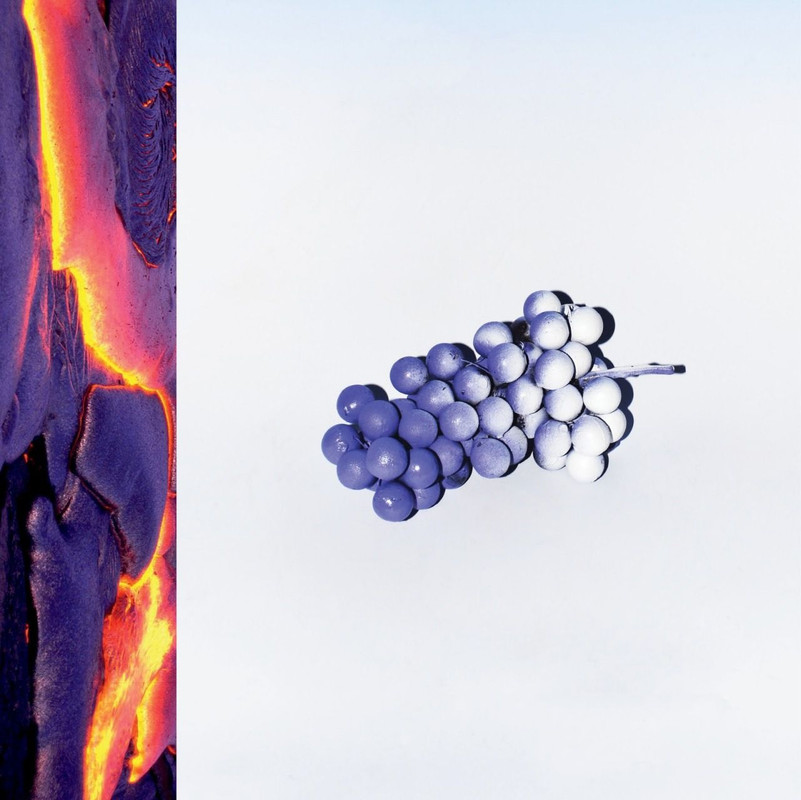 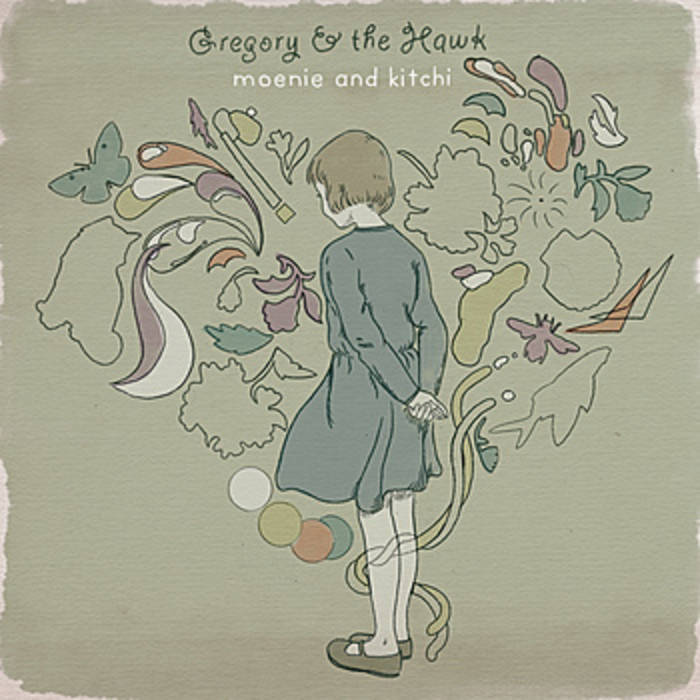 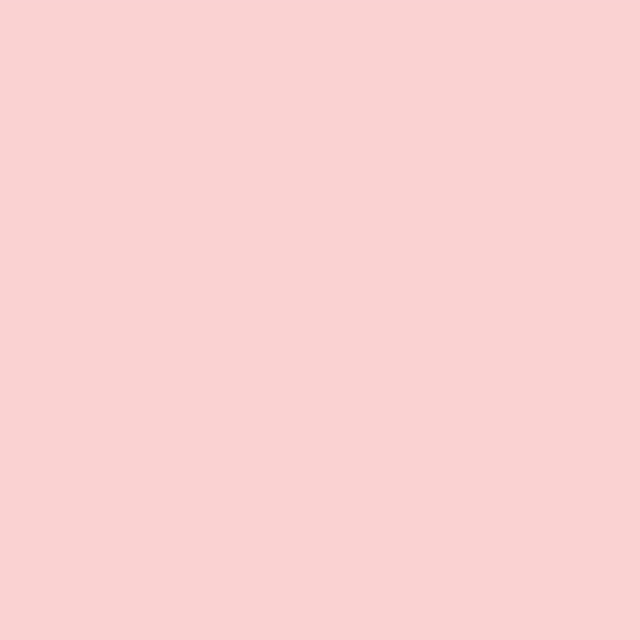 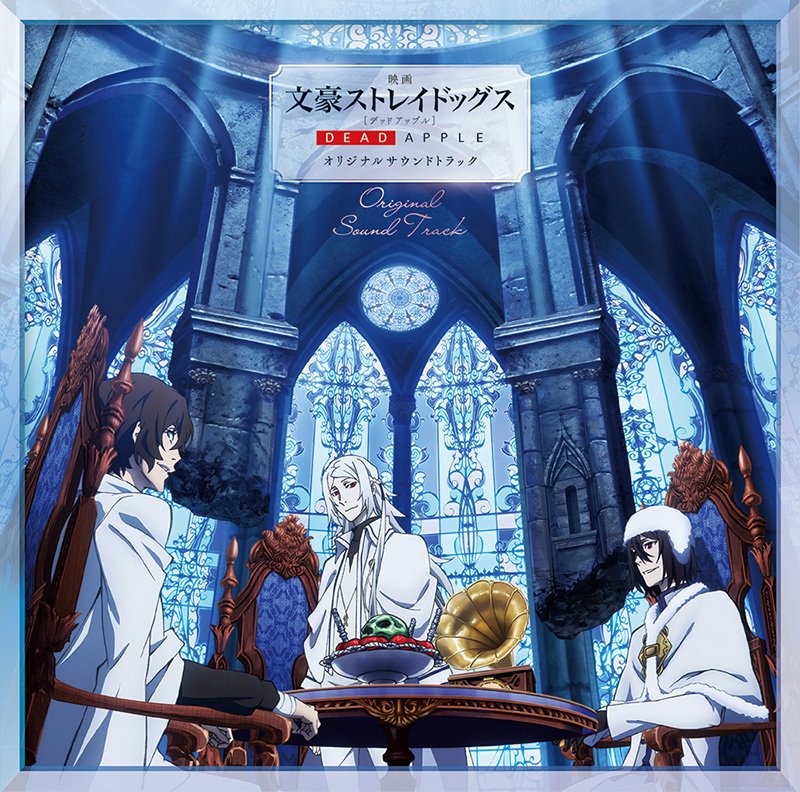 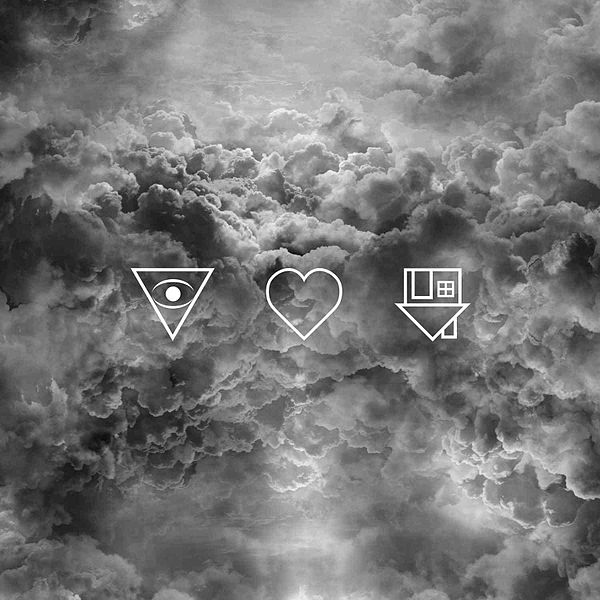 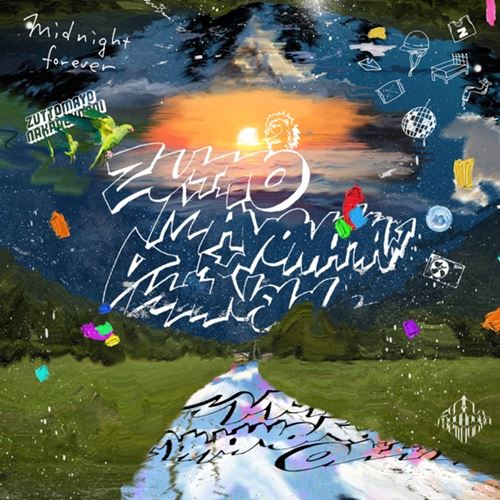 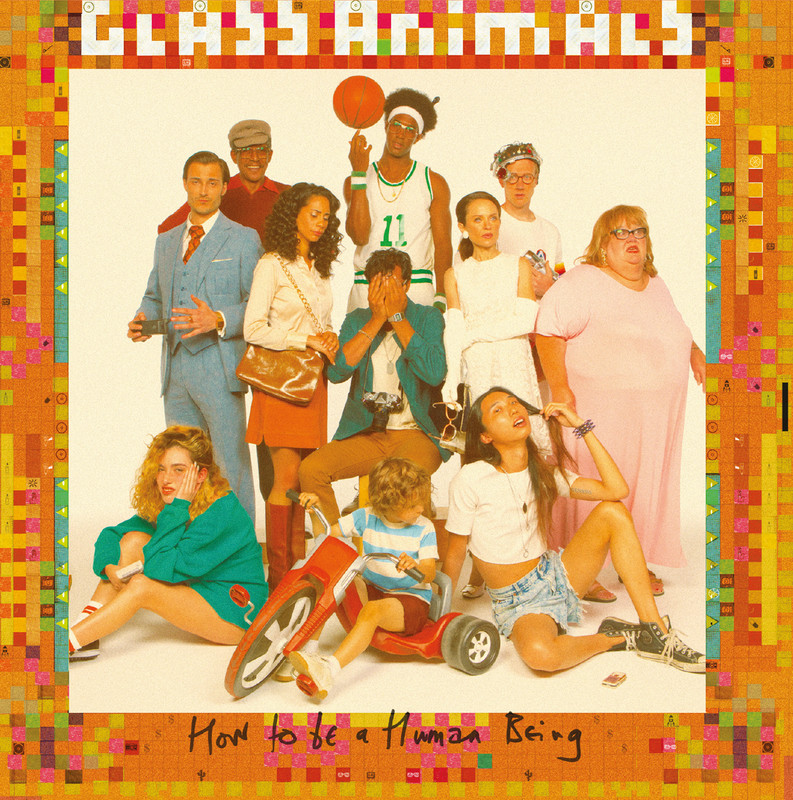 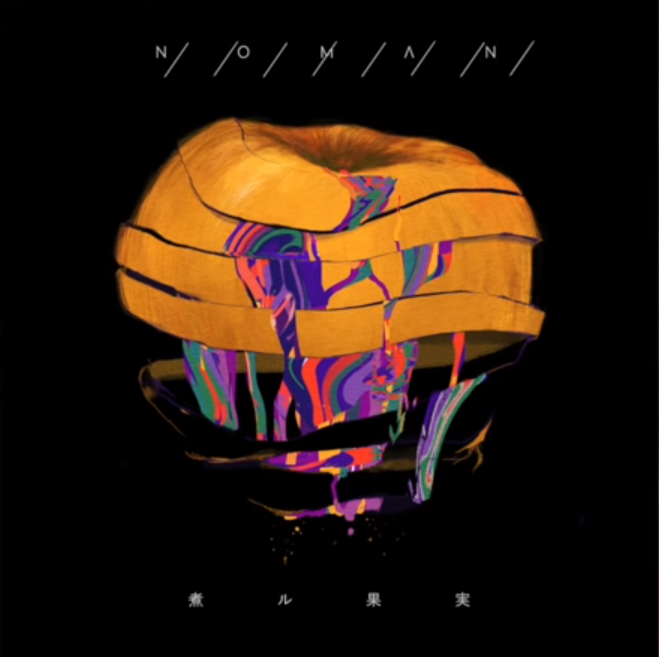 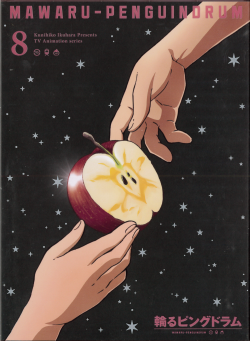 October 2020
Theatre is Evil by Amanda Palmer
an old favourite

MARETU's Coin Locker Baby album is sooo good. i think it's nice to have something so familiar to listen to when i'm walking in unfamiliar places. every time i listen, i know exactly what to expect. and my expectation is catchiness!!!

it's hard to pick a favourite track since they are all quite dear to me. of course, "Mind Brand" is the most popular— and for good reason! it's insanely awesome! for some time, "Packet Hero" was my favourite because the pre-chorus is so fun to listen to. "Rational Time" deserves mentioning because i think only MARETU could make me willingly listen to a 16 minute song more than once.

it's nice and nostalgic!

some time ago, i pilfered Jack Conte's discography and listened to it while playing sudoku and solitaire. aside from the ones that i already adored, like "Eat," "Kitchen Fork," and "Yeah Yeah Yeah" (both versions!), one song particularly stood out to me. "I Wonder Where the Moments Go" ...

it's a humble little ditty rereleased on his VS4 album. a verifiable earworm, too. it's fun to sing!!! too bad i can't sing along while listening though, the key is just a tad too low for me. but anyway, i really like this song. probably because the lyrics ask the same questions that i often ponder on my own?

i really love the piano accompaniment, too. the piano has been my favourite instrument for a long time now, huh...

i think i'd like to redesign this page for December. put the music garden in a sidebar, make it vertical, so it might match the length of the main textbox. also, the colours are a bit too bright to match the rest of the website. these aesthetic choices were certainly informed by the fact that i designed the page while listening to "ILOVEIT," haha.

that aforementioned Vienna Teng album Inland Territory is quite good. i listened to it all the way through twice in a row! the vocals are enchanting, i love her harmonies... "Stray Italian Greyhound" is still my favourite, but i also really like "Kansas" and "In Another Life."

reminds me of Gregory and the Hawk, but more grown up. i suppose that's fitting, considering i was obsessed with G-&-tH when i was 11 years-old, haha. it's about time i graduated to Vienna Teng, don't you think?

i think Inland Territory might be my album of the month... it's either that or Snarky Puppy's We Like it Here. maybe i'll give Shih's discography a proper listen and then decide. ah... somehow this makes me miss Psapp, just a little bit. i'll revisit my favourite album from them sometime soon!

usually i don't care to learn anything about musical artists as people, and i suppose i could say the same about Willow Smith. but relistening to her debut album The 1st after forgetting about it for a year, i can't help but think, "wow, she's so cool!" i guess it's just nice to see Black girls making indie music. can it be considered indie if she's from such a famous family?

it's a really good album, too! my favourite songs last time were "Warm Honey" and "Boy." nowadays i'm really into "Israel" and "A Reason" and "Contentment." the instrumental interludes are also really beautiful. makes me want to sing more often.

this morning, i found a song i like called "Stray Italian Greyhound" by Vienna Teng. i'm a sucker for piano accompaniment, especially in this genre. it's like if Fun's "Be Calm" had a baby with Mindy Glendhill's 2010 Album Anchor, which was then adopted and lovingly raised by lesbian couple The Tiny and Regina Spektor.

... does any of that make sense? i think it mostly makes sense. lyrically, i'm sure i could also liken it to Squalloscope, though Kohlweis' work is significantly more nonsensical.

anyway, i wanna listen to the rest of that album. i bet it's really good! maybe i'll even like one of the songs more than "Stray Italian Greyhound"...

listening to The Legend of Zelda: Twilight Princess soundtrack today. it's more nostalgic than i thought it would be. the songs certainly make for great ambience. now i'm remembering how much i loved swinging the wiimote around to fight monsters, haha! i doubt that i'll ever finish the game, but it's nice to think about it.

as usual, i like all the quaint sounding tracks for villages and homes and whatnot. nice and calming.

ah, Lain... yesterday i listened to Bôa's "Duvet" for like... six hours. it's so beautiful. maybe i should check out the rest of the album, or more from that group in general. i wonder if the rest of their music is just as good!

listening to Billie Eilish's 2019 album When We All Fall Asleep, Where Do We Go? and i feel pretty much the same about it that i did last year. that is, i think it's really great but a couple of the songs are better skipped. for example, i overplayed "You Should See Me in a Crown" when it first came out and now i think it's rather boring. i don't really care for "Xanny" anymore, either.

but it's all made up for by the amazing final song, "Goodbye" ... i'm a sucker for leitmotivs and reprisals and whatnot, and "Goodbye" takes all the best melodies and lyrics from the album to make a truly heartbreaking score. it reminds me of one of my favourite songs from Carrie: The Musical (2012), "The Destruction."

anyway, right now the song I'm obssessed with on this Billie album is "Listen Before I Go." it's so pretty. i hope that sometime i can sing it myself. her music is so popular, there are about a billion tabs for every song. ukulele versions, too. i'll give it a go later on.

this is a fraudelently written entry, shamefully backdated. i feel like a criminal. but i must note that all i did on 7 november was listen to Aoba Ichiko's 0% and dash around like a very busy kitten who thinks very highly its trivial woes. it's such a gorgeous album, certainly one of my favourites. favourite enough to make the sidebar!!!

anyway, i can't even pick a favourite song. they're all so wonderful to sing along with even though i don't know the words. well, i put a heart next to "Yura Yura" so that must mean i really enjoyed it yesterday, haha.

today i was recommended a jazz group called Snarky Puppy. their sound is really nostalgic for me, the kind of thing i could listen to on repeat. their 2014 album We Like it Here is a phenomenal way to spend 54 minutes. i like all the songs so much, it's a bit difficult to choose a favourite. "Outlier," "Shofukan," and "Kite" definitely make the top three.

i think this album will make great background music for writing or reading, or any other quiet activity like that.

lately, i've been listening to various video game and anime soundtracks. it's nice to put on compilations of pokemon or harvest moon music and not worry about changing songs for a couple hours. because they're pre-made compilations, however, i can't pinpoint many of the individual songs that i enjoy without really poring the list;;

but in better, more specific news: at last i've acquired BSD Soundtrack Vol. 2!!! not sure why it took me so long to find it, seeing as i've had Dead Apple and Vol. 3 for months... either way, i'm glad that now i can loop "Scarlet Sky" whenever i please. included in the music garden is my favourite instrumental track. i'm not sure of the exact title, probably something like "Friends," or maybe "Birds of a Feather" ... it reminds me of a score from Howl's Moving Castle but i can't quite place it.

looks like i have a new favourite EP: A Constant State of Ohio by Lincoln! i like how dynamic each of the songs are, especially the dramatic guitar instrumentation. suredly, they're very fun to perform. i played a couple of them this morning and i bet that if i could get all the different strumming styles down, they'd become instant favourites. for example, "Banks" has a lot of portions which translate easily & naturally onto ukulele. unfortunately, the chorus is so catchy that that's the only part i want to sing!!!

well, a new music journal at last!!! while designing the page last night, i realised i needed to toss a bunch of videos into the music garden just to get the coding right. in the end, it's all j-pop

... "Loveit" and "Schema" are both really good working songs, since they're upbeat and fun. i've had them on repeat for hours now and i'm not tired of them at all!!!

"Schema" kind of reminds me of that REOL song i was obsessed with in high school, "Holy Lance Boy" or something... the piano is reminiscent, even though they were produced by completely different people. ... now i'm listening to it again and wow! just as good as when i first heard it so many years ago. "Seisou Bakaretsu Boy" !!!